Here, a man’s jog on the beach is interrupted by a reassuringly tall lamppost – if only things were that simple I was literally training for a half-marathon by the beach with friends. I… 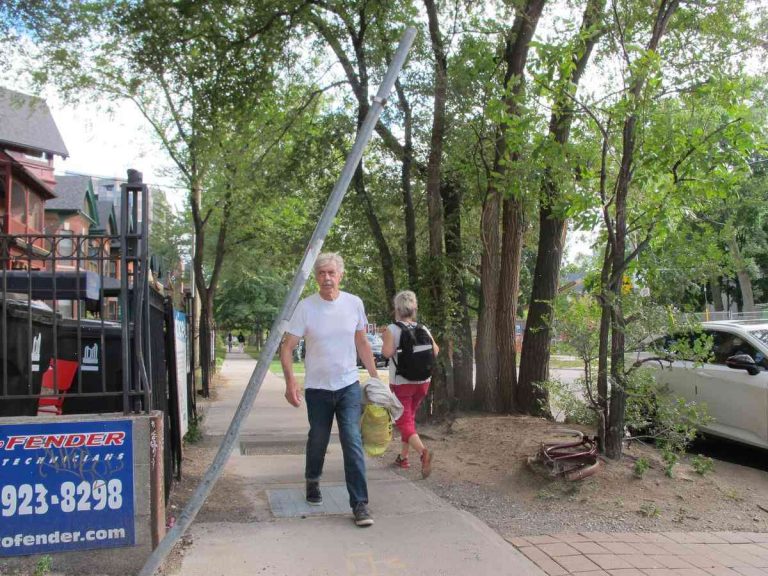 Here, a man’s jog on the beach is interrupted by a reassuringly tall lamppost – if only things were that simple

I was literally training for a half-marathon by the beach with friends. I was pushing a kayak down the water, picking up beers as we went, and when I looked up, I saw a guy taking a run on the beach.

“Want to join me?” he said, and we were off, paunch-and-shorts-wearing adults, smoking water pipes and having an epically unbroken, oceanic, head-bumping five-mile run for charity. The moment, of course, will be all the more glorious with distance in mind.

So why do I still occasionally face this ordinary, familiar bit of pavement as we jog away, staring at the same look of disdain and pathos on its face, just when I feel as though I’ve conquered and been granted that wonderful reward?

The crisp, Nordic weather of London I feel like I’m living in

The pavement is how you travel in London, where you can feel the energy of a city on a sunny day or maybe even when people are helping you wash up: it’s a perfect thing. The city’s difficulty, in contrast, seems to correspond with its propensity for rudeness and misunderstanding. In the city, you can also feel like you’re living in a parallel universe.

The cold temperatures in London tend to make me feel like I’m living in a parallel universe … you might do, too, because it’s not, apparently, as cold as anywhere else in the world, or at least most cities, where it seems, from time to time, in the weather, to be around the Arctic circle. My commute to work, for example, always feels bleak; just when I start to ignore it, however, I remember that November (and now November is gone again) was the last time I felt as if I could leave the house, on a winter weekday, without woolly hats or gloves.

It’s a confusing notion to understand; there are magical parts of the city but also, it seems, a weird insularity – like the feeling that the city is somehow in another world, away from the rest of the world.

· As told to Christopher Knaus

Know someone on the UK’s streets who says a greeting or hello they don’t mean? Take part in our As Told by … series

Adele to return to Las Vegas and Hyde Park in 2019