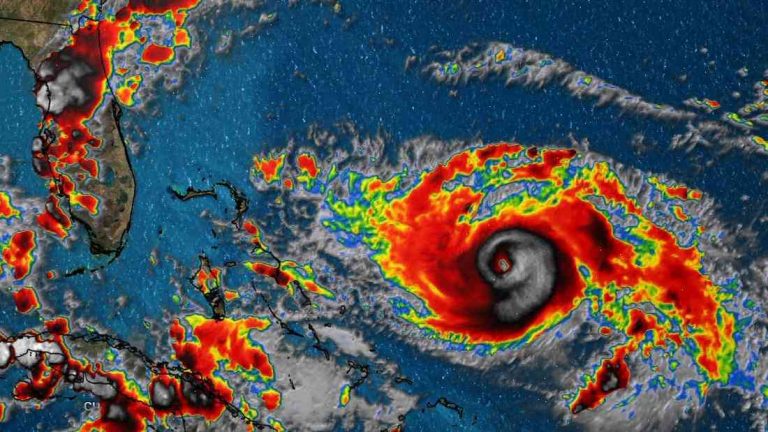 The season for the Atlantic hurricane season starts on 1 June, according to the NOAA, and forecasters expect between 10 and 15 named storms. The official name of a storm is named after the place it forms and tropical storm Florence is the earliest named storm of the season in the past decade.

The US National Oceanic and Atmospheric Administration said in a statement that during the past 10 years, 18 named storms, 10 hurricanes and six intense hurricanes have been recorded in the Atlantic. Eight of those hurricanes were Category 3 or stronger, with four hurricanes making landfall in the US and one becoming a major hurricane, among the most powerful category of tropical cyclone.

‘They’re trying to tell me something’: A boat riding through a hurricane Read more

Forecasters predict that 13 to 18 of those storms could become hurricanes. Two to four of those could be major hurricanes.

However, more recent forecasts from the European and American hurricane modelling organisations predict an above-average hurricane season, with 18 to 24 named storms, nine to 14 becoming hurricanes and possibly two major hurricanes.

Forecasters said it is best to monitor tropical activities, not only for an early season appearance but also for the developments of the current activity.

Those who live in storm-exposed locations are urged to register with their local emergency management organisation.