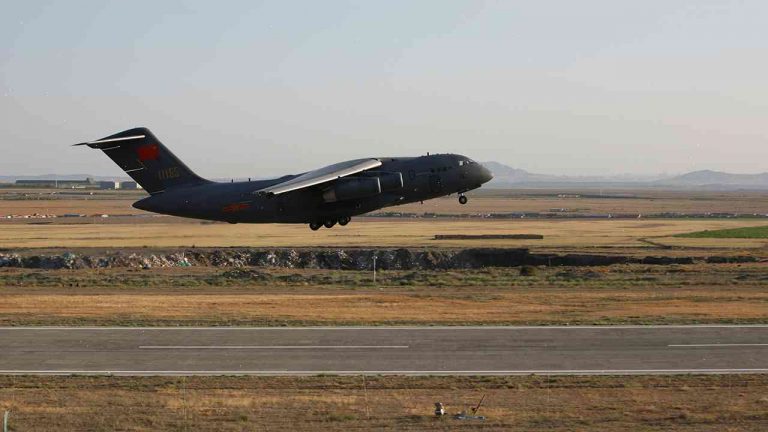 Almost 20 intercepts of US and Japanese aircraft by Chinese military aircraft took place during a Chinese “counterstrike” exercise earlier this month, according to reports on Thursday.

Experts said China’s deployments raised serious security concerns about the Asia-Pacific region and the risks of having to fight a conflict with the world’s second-largest military.

Details of the exercise were released by Washington’s defence attache in Beijing, Paul T McNulty, in a report to Congress. The report, which was obtained by the US news agency Reuters, said China’s nuclear-capable bombers and air defence missiles “played a prominent role” in the exercise, which was held on 11 and 12 July.

In an email to Reuters, the US State Department said the US was “deeply concerned” about China’s “militarisation of disputed features” in the South China Sea and said the recent exercises raised “serious security concerns”.

“Military exercises that increase the risk of miscalculation, confrontations, and accidents are destabilising and damaging to regional stability,” it said.

China and the US have regularly exchanged barbs in recent weeks over China’s military deployments in the South China Sea, where Beijing has constructed islands, reefs and military airstrips.

The J-11 flew about 50 metres to within 200 metres of the US military aircraft, turning around and returning to Chinese airspace after briefly passing by, the official said.

In another incident, an unidentified military aircraft intercepted a US Navy plane on a routine flight over the South China Sea on 13 July.

Senior Pentagon officials are to meet their Chinese counterparts this week in Washington to discuss US plans to rework a defence agreement with Beijing. The US president, Donald Trump, has threatened to pull out of the agreement unless he gets concessions on trade.

“China is arming itself and advancing its military interests in a provocative and dangerous manner,” said Daryl Kimball, executive director of the Arms Control Association, a Washington-based thinktank.

“The US must convey to China that the use of such tactics can quickly escalate and result in the destruction of regional peace, security, and stability.”

Officials at the Pentagon and US State Department did not immediately respond to requests for comment on the Chinese aircraft interceptions.

India’s foreign secretary Vijay Gokhale, during a visit to Washington on Thursday, expressed concern about China’s “unauthorised” deployments of military assets to the disputed region and said New Delhi had no plans to cooperate with Beijing in the South China Sea.

India’s government signalled this week it could block Beijing’s efforts to expand its diplomatic and economic clout in South Asia as its new nationalist prime minister Narendra Modi takes the South Asian country more assertively into his first foreign trip.