Flight ban: why I’m not gorging on a call to my wife for an hour 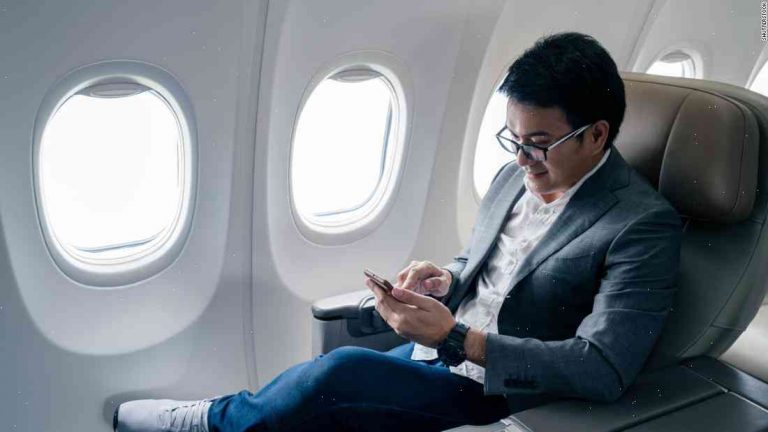 It seems every hour I am walking by someone sitting next to me and their phone is held aloft, ready to blare. Heads are glued to phones, eyes trained skyward. Sometimes, I know this is not because of an urgent call, but because I think someone is funny and someone else needs a good laugh.

This tendency is not confined to sitting next to me. Occasionally I am sitting in first class with a frazzled executive mid-call. Other times, I am sitting on a aeroplane with a confused English family eating Chinese takeaway in rounder seats.

Cellphones on planes are not a universally accepted idea. Some fliers are rudely welcomed, some pleasantly perplexed.

‘Leave people on their own’: passengers furious at plans to charge for calls on aeroplanes Read more

No one seems to really consider the public’s position on this matter. Even older travellers seem to have a streak of iconoclasm. In my pre-puberty years, I remember all the old women with laptops in the back rows of planes. They had drawn all my attention, alerting me that I would soon be touching a personal device that might vanish without a trace.

I was lucky: I always opted for seats that did not incline, but I was on the end of an earthshaking plane flight when I discovered that I was sitting in front of the man without a seat belt who thought it was fine to tell me to “tap my fly” on several occasions. Every time he was in his seat, he held the phone high in the air, asking if I had a message for him. Eventually, all I could do was make some chirpy remark and he looked away and he ate his spaghetti.

The public’s position on this affair is a hugely nuanced one. On the one hand, I feel as uncomfortable hearing phone calls as I do hearing the voice of a ghost. At the same time, it’s like listening to the playlist from a soundtrack based on the fear of being alone, without a major change in the genre. Somehow, it’s going to be both excruciating and hilarious.

I just feel for the poor suckers holding their noses in an overhead locker. They have the worst seats in the entire aircraft. Would a grown adult hold their nose in the same overhead locker if they weren’t afraid of the sound of people talking? I doubt it.

I’m happy to acknowledge that people need to work. We all need to phone occasionally. Yet that doesn’t necessarily mean that we must have the privilege of being able to do it while we’re on public transport. The attitude of expecting that conversations will always be really urgent doesn’t actually sit well with my own experiences.

Not only that, I’m going to also decline if you call out “we did it” after you tickled someone.

How to avoid pointing out the realities of your relationship