Democrats in the House are weighing action against Representative Steve Scalise of Louisiana, saying they plan to expel Representative Ilhan Omar of Minnesota. The two have been at odds following comments made by Representative… 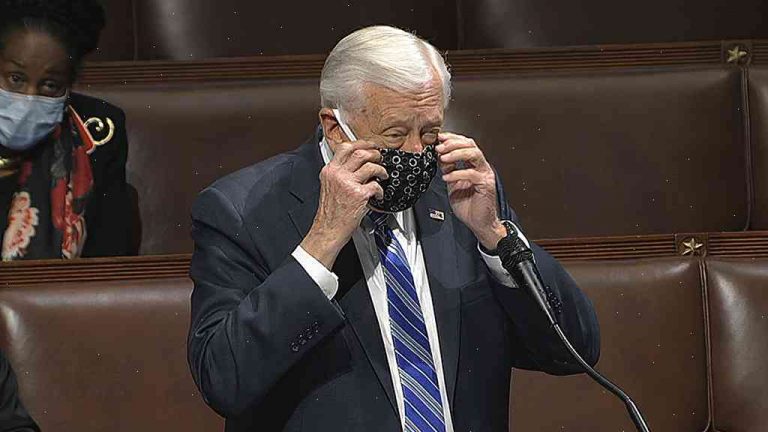 Democrats in the House are weighing action against Representative Steve Scalise of Louisiana, saying they plan to expel Representative Ilhan Omar of Minnesota.

The two have been at odds following comments made by Representative Omar earlier this month.

Rep. Omar said the “Israel lobby” plays a “big role” in US politics.

The comments led to an uproar, which escalated last week when Rep. Omar called for an end to US military support for Israel.

The Democratic leaders of the House of Representatives say they will formally expel Representative Omar in order to send a message to colleagues about what they view as anti-Semitism.

I’m announcing that I believe it’s appropriate to expel @IlhanMN from the House of Representatives, and I’m proud to have been the first Member to do so since Congresswoman Nita Lowey and I did so in December 2009. pic.twitter.com/BKG53TFStG — Nancy Pelosi (@SpeakerPelosi) March 21, 2020

House Democratic leader Nancy Pelosi announced the decision at a press conference on Thursday, two days after she visited the Holocaust memorial museum in Washington, DC.

She said the issue was no longer over the comments but about “the attacks on members of Congress”.

The House must send a clear message to the people of Israel and American Jews: our commitment to your safety and security is unshakeable. pic.twitter.com/0IzhHLWlx4 — Nancy Pelosi (@SpeakerPelosi) March 21, 2020

Shortly after Pelosi’s announcement, news came through that a copy of the rules of the House was to be removed from Mr Scalise’s office, with the chief deputy whip to receive the copy instead.

“No member of Congress should use the floor of the United States House of Representatives to call for the physical harm of another human being. The House should be the place where all members of this great institution are treated with dignity and respect,” said Minority Leader Kevin McCarthy of California.

House Majority Leader Steny Hoyer also condemned the offensive comments, saying they “show disdain for the basic tenets of religious tolerance and human decency, and show an utter lack of understanding of the threat that Israel and Jews face around the world”.

The House majority has been debating whether to call on Mr Scalise to apologise, following the controversy following the speech by Representative Omar to the House floor.

At the time, Mr Scalise said he found it sad that “one of my Democratic colleagues would insult her constituents and herself by making an outrageous claim about the powerful and powerful Jewish lobby in Washington, DC.”

Labour unions were among those calling for Mr Scalise to apologise.

The anti-Zionist views of @IlhanMN are dangerous and indefensible. This kind of vitriol should not be tolerated within US politics, regardless of party or where the targeted comments are coming from, be it a member of Congress or in the media. https://t.co/Uz2WKHLFyB — AFL-CIO (@AFL_CIO) March 21, 2020

Many are outraged by remarks by @IlhanMN to support the Jewish people. As do I. As do many. @stllumehoyer https://t.co/z2xf58NPjp — Rep. Keith Ellison (@keithellison) March 20, 2020

What did Rep. Scalise say?

On Tuesday, Rep. Scalise rejected calls from Democrats to apologise, saying on Twitter that she should instead “sit down and shut up”.

He said that House Speaker Nancy Pelosi and Democratic leader Steny Hoyer had showed unparliamentary behaviour when they sent “their staffers after me yesterday”.

“Please spend your time doing things that have a constructive impact on people’s lives,” he added.

And his office also posted a video tweet on Wednesday in which he took a jibe at the slur made by Ms Omar.

“We’re very disappointed to hear that some chose to invoke ‘the Israel lobby’ to try to silence Rep. Omar’s speech on the floor of the House,” the spokesman wrote.

The language used by @RepOmar obviously has no place in American public discourse. That’s why @SpeakerPelosi and I have called on Rep. Omar to apologize. — Steve Scalise (@SteveScalise) March 20, 2020

Speaker Pelosi later criticised the use of the term lobby, saying the term “is a misunderstood, inflammatory smear against the Jews”.

She said she did not call on Rep Scalise to apologise.