By now, most of the country has watched the ESPN presidential debate. President Donald Trump’s glass-half-full victory was the demise of a phantom Trump voter named Ariana. Yet, what has caught my attention this… 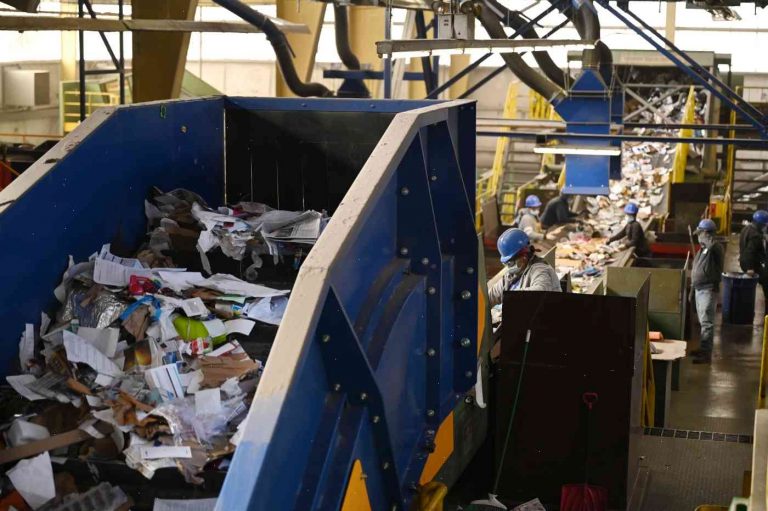 By now, most of the country has watched the ESPN presidential debate. President Donald Trump’s glass-half-full victory was the demise of a phantom Trump voter named Ariana.

Yet, what has caught my attention this week is the president’s eye-opening account of how his administration lost an 85-foot eel during a Labor Day reception in the White House. Trump boasted: “Because of President Trump, we pulled this eel out.”

This sounds impressive. But I have news: Trump probably didn’t pull it out of the White House with an amazing amount of zip down his sleeve. After all, some 85-foot eels aren’t even in our recycling bin!

I thought about Trump’s entire conference this week and saw several examples of how recycling plays out in the heartland. For example, the U.S. Agriculture Department advises the public to wait a few months before bringing sealed plastic containers to recycling centers for checkout. This is because of pathogens like food and pharmaceuticals that can build up inside of boxes.

If you look back through Colorado’s history, it’s clear recycling is not a top priority.

We don’t look to Colorado’s transportation network to easily help take dead vehicles off our roads. We don’t recycle enough used oil into fuel to help fuel the growth of our growing economy. And, despite needing several million gallons to replace roughly half the gasoline we use on an annual basis, we don’t have an abundant enough recycling solution to eliminate the need for more imports.

The demands on our economy dictate that we recycle more and that the different options in our recycling landscape (or lack thereof) hold an impact on our businesses and our communities.

If we want to make America a leader in the next generation of recycling, we must position ourselves as the number one state in the country.

A world that is recycling more will be healthy and prosperous.

Let’s re-evaluate the way we handle plastics, sorted to provide recyclables and throwaways to our community’s recycling centers.

There is no hidden but plentiful list of policies that are missing out in Colorado’s recycling market. We cannot and should not stand alone in this effort. We need all the resources we can attract to build a 21st century recycling program.

Colorado has a growing economy and vibrant businesses, and we are not going to fall behind by choosing older models and inefficiencies over better solutions.

We are not only wasting some of the most precious resources that our county is blessed with, but we’re also leaving a big hole in our economy and more students needing to take a load of remedial work.

We are in an unprecedented time of economic growth. We need to be competitive in this growing business environment by revising our outdated recycling plans to consider bigger and better solutions, instead of struggling through a patchwork of partial, imperfect solutions.

Mike Soraghan is the executive director of RecycleColorado, the leading advocacy organization for the recycling business and the more than 7,000 businesses that recycle in Colorado.