The poet WG Sebald wrote: “If I never knew a thing, perhaps I should get used to it.” So did Novak Djokovic, the six-times grand slam champion, in the wake of this US Open… 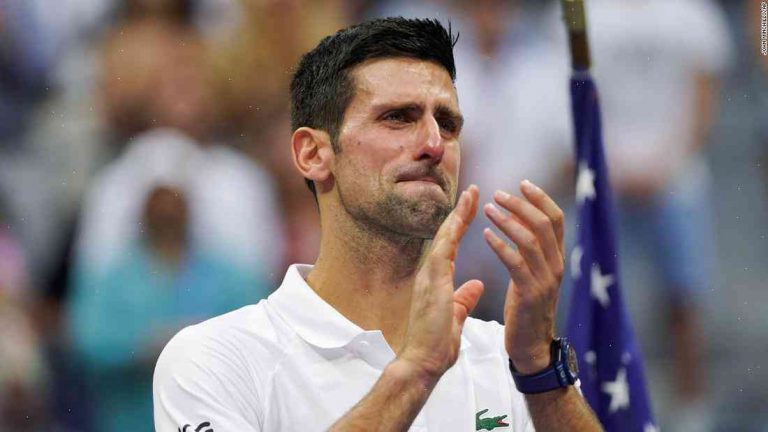 The poet WG Sebald wrote: “If I never knew a thing, perhaps I should get used to it.” So did Novak Djokovic, the six-times grand slam champion, in the wake of this US Open women’s final, in which her was beaten by Naomi Osaka, the Japanese teenager who is yet to win a main-draw title.

As Osaka’s name was announced as the winner, the aged crowds inside Arthur Ashe Stadium simply stood and looked around them, no doubt wondering what they had just witnessed. This was only the fourth slam final between two teenagers, and, on this evidence, there is the potential for a Murray-Nadal-Kerber final.

How to explain it? Well, it was Osaka’s first ever set, after which Djokovic cried. And that one at the start of the second set was all it took for Djokovic, in his lowest ebb of a disappointing year, to admit that he could not compete with her. At the end, he was reduced to clapping, when he could have at least just mouthed: “Unbelievable!” At the changeover he said it was one of the lowest points of his career, where “everything is coming down”.

Even after he clawed it back in the third, Osaka ran away with it, despite double-faulting twice in the final game. “I would like to thank my team,” said Osaka. “Thank you to her for always pushing me to do better. My coach Sascha, my dad [Kyung-sook], they’ve always supported me.”

Djokovic also looked back on what had been his own achievements, an amazing second half of the season in which he had been No1 in the world for 46 weeks. He said it had been “a pleasure to keep fighting … until the very end,” before adding of the future: “Well, nothing is guaranteed. It’s a sport, like everything else in life, but, overall, I’m very happy with how I’ve played these two weeks.”

The match was particularly brutal. There was more double-faulting than the pottery auction. The ball flies far faster and cleaner than most think, because with blunted angles both players were barely in possession by the time they played another point. It was like tennis in a lab, with the shaking machines rushing past, knowing what’s coming. Djokovic had 49 unforced errors, while heaping more punishment on a racketshop than a dry cleaners.

Afterwards he faced the inevitable questions about his form, and said: “I know I haven’t been playing my best tennis, but at the same time I’ve played through the match and that’s how you have to do it. We don’t have perfect conditions, we just have to go for it.”

He conceded he had failed to take his chances, which included a break point in the final game. “When I have those type of opportunities I need to really step up and really step in. I was just giving away easy points. She was playing very aggressively. I just tried to stay strong when I had to.”

The question is whether he has had enough time to atone for being so woefully out of sorts this year, or whether he has a real crack at the end of a five-year wait for another grand slam title. He would say: “Well, certainly one tournament doesn’t make or break a career, but all in all I’m looking forward to being back and hopefully playing better tennis in the second half of the year.”

The one thing that does give him hope is the fact he reached the semi-finals here in 2015, and reached the final this year, with Roger Federer losing in the third round. “This feels a lot better than last year. Last year was not a good year. I guess last year it was an inspiration for me to actually have more of a belief that I can come back and do some damage.”

That is still a tall order but now he might be entitled to dream.