The MTA disregarded pedestrian safety and ignored gaps in sidewalks

The pavement stops, “but you can still see the sidewalk.” She walks directly into the traffic on a two-lane bridge over one of Central Park’s busiest crosswalks. Her friends yank her out of the… 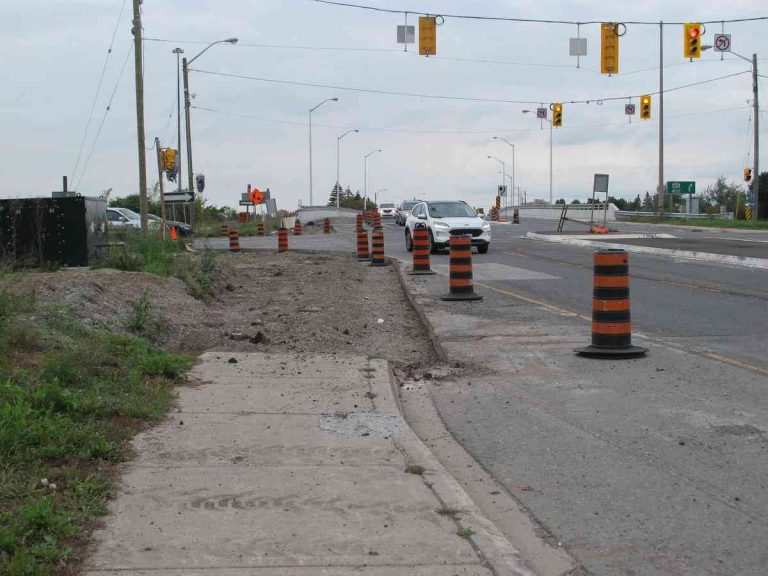 The pavement stops, “but you can still see the sidewalk.”

She walks directly into the traffic on a two-lane bridge over one of Central Park’s busiest crosswalks. Her friends yank her out of the way. She falls.

That happened not once but twice last week, at 10 a.m. and noon.

After that, the MTA contacted the woman and her friend, Erin O’Hara, at the Manhattan law firm where they both work. She says the MTA has been helpful since the incident, which was captured on cell phone video.

But doing so should not be reflexive, according to eminent urban planner Steven Malanga, editor of the website City Journal. In fact, it is often the case that there is no way to accommodate a pedestrian crossing an intersection amid high traffic at rush hour.

Malanga, who reviewed the detailed evidence the woman presented to MTA officials, said the agency ignored the gaps in sidewalks and railings and did not give pedestrians time to clear the crosswalk before running straight across. That neglect is an urban public health hazard, he said.

“On highways, the speed limit varies significantly and is probably about 40 miles per hour on average,” he said. “The pedestrian-fatality rate is similarly low at intersections where the posted speed limit is either 25 mph or 35 mph.”

Malanga, author of a study to be published in October, wrote about the issue two years ago. On commuter railroads, which can carry hundreds of commuters each way, each is roughly 15 mph. And most major highway speed limits are between 10 mph and 30 mph.

Malanga took a monthlong closer look at the pedestrian accident data available from the city’s Department of Transportation to see whether drivers were faster than they needed to be.

The data showed that more than 1,300 pedestrians were struck and slightly more than 400 of them were killed during the period from 2010 to 2014. But the focus was on the 1,381 cases in which pedestrians were injured, not on the 285 collisions that didn’t result in fatalities.

The 1,381 cases in which pedestrians were injured is three times the toll involving motorcyclists, the other segment of the public space of great urban interest. Another 800 cases involved pedestrian traffic. By contrast, there were fewer than 300 pedestrian accidents among bicyclists.

Clearly, pedestrians are not protecting themselves. “Cars routinely go over sidewalks, plow through crosswalks, hit pavement barriers, and create gravel junctions,” he wrote. “If pedestrians had been wearing their seat belts in most of those cases, many of the injuries would have been minimal.”

Malanga’s latest study takes a look at pedestrian accident data from 2015, when six pedestrians were struck each day and 44 were killed. Among them, 141 percent of the pedestrian fatalities occurred within 20 feet of the curb, 75 percent in broad daylight, 75 percent with the victim in a marked crosswalk and nearly 100 percent with one foot on the pavement.

People in buses hit by vehicles are particularly vulnerable, he said. So are older pedestrians in bright, busy areas, and pedestrians without their own bags and hats.

Another concern, he said, is whether pedestrians will be deterred by a single pedestrian death from trusting subway trains. Even if they do, trains can be miraculous because they are built to carry as many people as is reasonably feasible with lighting and signals.

“It is usually plausible that it would take three times as many people to do the same number of heavy, short or light, unoccupied pedestrian crossings,” he wrote. “It does not require a single fatality for a potential drop in the number of pedestrians crossing.”

Lottery win for woman whose heart was opened after heart surgery