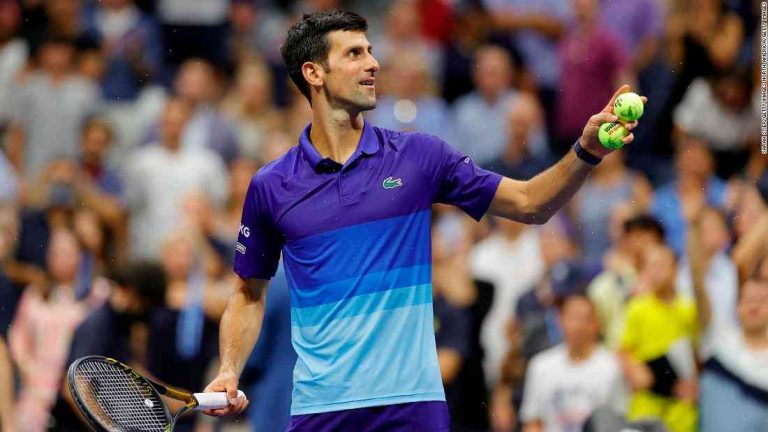 Novak Djokovic said he thought he heard “booing” from the crowd after he won the match against Fabio Fognini to get his US Open campaign going in style. The 32-year-old defeated the Italian 6-3, 6-4, 6-2 on Thursday and booked his place in the third round of the tournament.

“It was just a great start, after a loss, and to start in the way I did,” said Djokovic. “I started quickly in the second set and especially in the third, once I had the break I was able to maintain that high level.

“I started with nerves, definitely, and then I found my way and more comfortable as the game went on.”

Djokovic said there was nothing distracting him, with thoughts of Andy Murray and Roger Federer seemingly in the distance.

He will face France’s Pierre-Hugues Herbert in the next round and said the match would be a “wild” one for him. “It will be a very tough match against a big server and a real fighter,” said Djokovic. “One of the two could win.”

While all eyes may be on the other two contenders for the No1 ranking this week, Djokovic was keen to stress he was in the hunt for a first Grand Slam title of the year, despite also having a busy ranking schedule before 2018.

“I’m still in this thing,” he said. “Despite the fact that I have to play a lot of matches, especially the last six months. This is definitely helping me to find my game again, and hopefully to find my way to win a Grand Slam this year.”