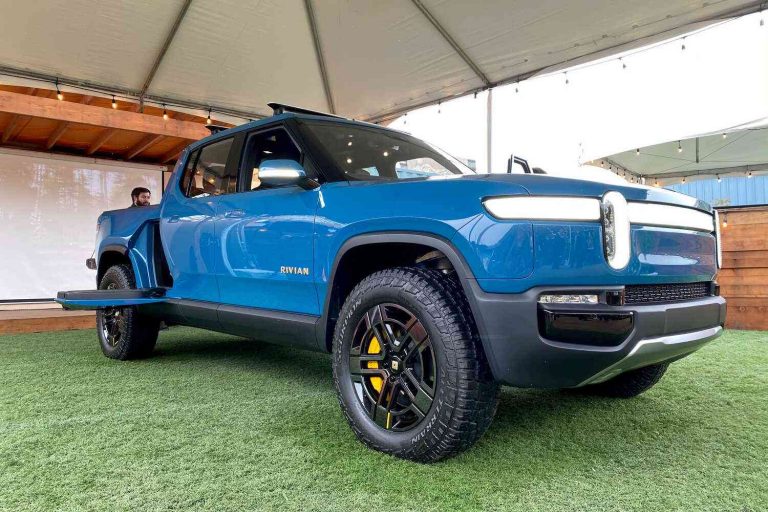 Earlier this year, the automotive startup Rivian announced that it planned to go public this year. After racking up an impressive number of orders from investors, Rivian announced its plans to trade on the New York Stock Exchange, where shares will be listed on Thursday, May 31.

Rivian CEO Joe Shaffer says it’s a long-anticipated move. “This has been a long-awaited day,” he told Roadshow. “We’ve been very focused on growing and growing and we could not be more excited to be raising the first-ever proceeds from an auto IPO in the U.S.”

Rivian counts ZF Friedrichshafen, Mercedes-Benz parent Daimler, and Nissan as its investors. Rivian’s pickup truck — a big, powerful monster like a Chevy Silverado or Ram — is the first to come out of all three of those relationships.

According to Rivian, Rivian was valued at $60 billion, but since two other automotive startups have gone public since, that seemed to be the magic number. In addition, Shaffer believes the company’s price could grow to $70 billion in the next few years.

“This is a $60 billion company, two other auto startups [Cordo Motorcars and Hoby Motors] have gone public in this year, and other startups could be on the way,” Shaffer said. “Cordo and Hoby are what we would consider next-generation. We’re a more mature company in terms of our growth over the last two years and we’re an awesome story.

“This first day on the public market is an incredible moment for us. We’ve been working toward this moment our entire life, and now we get to give back to our shareholders who’ve supported us.”

Given how much Rivian’s stock is expected to move — and how hard of a road it faces to getting there — it’s likely that just about everyone will be listening very closely when the stock hits the market.

Patches provide clues about vaccine effectiveness, but not to what extent