This article is over 1 year old Tennis players invited to receive the shot to avoid contracting meningitis B virus Want to play in the Australian Open? Get vaccinated, minister tells players Tennis players… 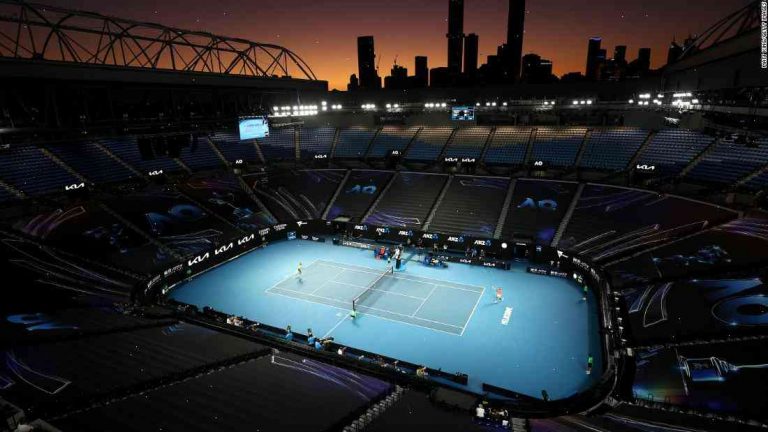 This article is over 1 year old

Tennis players invited to receive the meningitis B vaccine

Tennis players at next year’s Australian Open tennis tournament will be invited to receive the meningitis B vaccine.

The Minister for Health, Greg Hunt, has offered to do so, as confirmed by the Tennis Australia chief medical officer, Dr John Orchard.

In an email to tour managers obtained by Guardian Australia, Orchard said tennis was one of the oldest sports and contained a large percentage of potential potential players who had not been vaccinated.

“The Tennis Australia team has the information and expertise to help and have selected immunisation as a highly effective method to reduce the risk of meningococcal disease,” Orchard wrote.

“Should you be selected to play in the Australia Open 2018 we will be happy to provide Mr Greg Hunt with the immunisation records for you in this regard.”

Orchard said immunisation was particularly important for females aged between 15-44 who are not immune because of recent family history.

Further details of the vaccination will be sent to the player who has been selected to play.

Meningococcal disease is preventable and is most dangerous in young and immature people, but strains can be found in non-medically conscious adults, making public spaces and cruise ships a serious risk for tennis players.

Only about 50,000 doses of the vaccine have been manufactured annually since 2012. Tennis Australia players are advised to receive the vaccination before they leave for a tournament as an anti-tumour agent, they must abide by an anti-tumour treatment before they even consider taking the court.

No player contracted meningococcal disease in 2016. A player was injured by the disease in 2007 and spent two weeks in a coma.

Australia is one of the only countries in the world to not require that tennis players be vaccinated. As a result, thousands of Australians are not vaccinated against meningococcal.

In Britain, on-court officials and players are advised to wear neck braces, while on tour in China the players are required to have their wrist X-rays when arriving and return to the hotel.

Chris and Ashleigh Barty and Casey Dellacqua were among a band of Australian tennis players who became victims of rare meningococcal disease in 2015.

Also in 2015, a teenaged girl was diagnosed with meningococcal serogroup W in Melbourne, and more than 50 people were hospitalised in China after a viral outbreak at a spa.