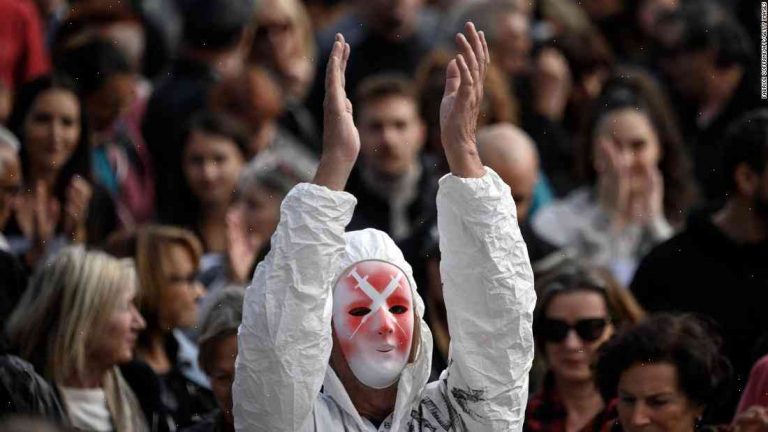 Voters in Switzerland have approved a non-binding referendum to fund measures to protect public health and healthcare in case of pandemics.

The Swiss government and parliament had previously rejected demands to fund the measures.

The vote has drawn criticism from anti-vaccination campaigners and many others.

The Swiss president described the outcome as “enormously positive”.

The Swiss public voted in favour of a budget of 4.4bn Swiss francs (£3.8bn; $4.5bn) to protect their population and health services from disease outbreaks.

At a press conference after the vote, Swiss President Alain Berset said: “Today, we have democratic democracy at its best.

“This is a very important day, not only for the healthcare sector, but also for the whole of Swiss society.”

An increasing number of countries around the world have faced outbreaks of various diseases, and the funding requests to governments have also gone up.

In the United States, public health agencies have found themselves struggling to respond to outbreaks such as influenza, measles and diphtheria.

In the UK, both the Health Protection Agency and Public Health England have made “adequate” budget requests, despite the Westminster government cutting spending by more than 11% since 2010.

Swiss pharmaceutical giant Novartis and biotech start-up Actelion had formed a “conflict of interest” agreement that gave some of its employees access to unapproved and experimental medical treatments, including potential bioweapons, that the companies had no responsibility to prevent.

During the referendum, which has taken place on and off since 2014, the groups that backed the proposals argued that vaccines should be freely available and insisted that the policy of banking licenses required for vaccinations should not be stopped.

Other parties that opposed the referendum say that pandemics are rare and should not be treated with the same seriousness as any other natural, man-made or infectious diseases.

They worry that funding pandemic preparations will come at the expense of more pressing matters, such as preparedness and initial detection of signs of disease.

The Yes side also accused scientists of concealing scientific evidence about the harmful effects of certain vaccines.