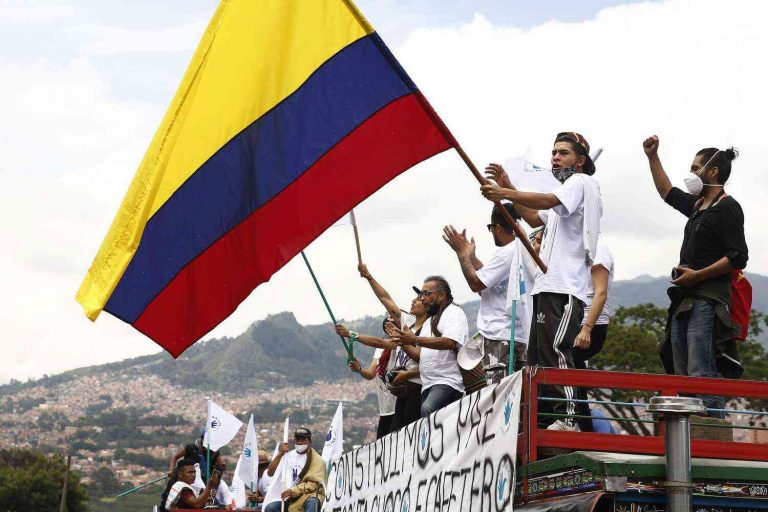 The FARC are now officially deemed no longer terrorists, as the Trump administration today removed the Colombian rebel group from the State Department’s list of Foreign Terrorist Organizations, following the groups’ recent peace agreement with the Colombian government.

U.S. Secretary of State Mike Pompeo announced the move in a statement announcing Secretary of the Treasury Steven Mnuchin’s naming of the FARC’s Agabininoa and Cacique Nutibara. Both men were formerly alias “Guacho,” a subordinate of Rodrigo Londoño Echeverri, the group’s infamous commander. FARC’s main current leadership, the Gaitanista Self-Defense Forces of Colombia (AGC), was added to the Terrorist Organization List in December last year, along with the Gaitanista Self-Defense Forces of Colombia’s (AGC-CI), who have continued to use fighters and weapons to conduct attacks against the state in recent years.

The U.S. has reportedly made great efforts to create a respectful environment for both negotiating groups. Under a transparency agreement, FARC representatives would be required to explain their efforts to diminish or eliminate their illegal activities, and both sides would meet to discuss the changes they’ve made. Additionally, the FARC representatives were reportedly forbidden from speaking to journalists or highlighting “positive actions that aren’t in the public domain,” which went beyond the normal prohibition on damaging the integrity of negotiations. As an added safeguard, the FARC representatives were also not allowed to travel abroad with a government credential.

The main criminal group that has historically worked with the FARC is the AGC, a splinter group of the rebel group that has allied itself with crime syndicates to build a thriving criminal economy. In the 11 years after the FARC’s demobilization, some 8,000 paramilitaries have violently become landowners. Drug trafficking, natural resources exploitation, extortion, kidnapping and other crimes have been on the rise as traffickers and ranchers have taken advantage of the new security situation.

Pompeo and President Donald Trump’s administrations have made significant strides in the past two years in dismantling groups thought to be terrorists in their “countries of origin.” The major public policy move thus far has been in removing Egypt’s Muslim Brotherhood from the list of Foreign Terrorist Organizations. Together, three of the top terror group targets have now been removed from the list, although this process may be far from finished, as the Sri Lankan Tamil Tigers still have not been declared removed.

For a more detailed breakdown of the situation in Latin America, check out our special issue on terrorism and nsaff.org/new