Written by Staff Writer at CNN Adam Hosersnider is a Danish photographer living in Copenhagen. His work has appeared in i24 News, British TV show “Masterchef,” amongst other publications. He is also the director… 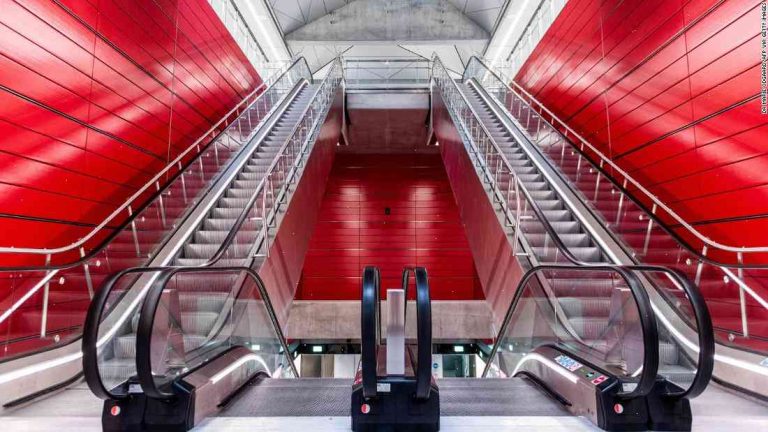 Written by Staff Writer at CNN

Adam Hosersnider is a Danish photographer living in Copenhagen. His work has appeared in i24 News, British TV show “Masterchef,” amongst other publications. He is also the director of documentary photography at FRONTiQ magazine. This is the second in a series exploring the transformative effect a new type of station has on local culture.

Concern that Copenhagen’s Metro will eventually become “see-through” following the introduction of retro-modern designs by Arne Jacobsen and Bertolt Brecht have given rise to this new design, which will be the first of its kind when it opens on 21 April. “The Sociable Stations,” as they are known, are the result of public consultation and consultation with local architects, community organizations and developers.

The Sociable stations were born of collaboration between the city and TH&S Architects , which won the tender for the design in 2016. The Sociable concept is based on a human-centered, collaborative philosophy of design which encourages collaboration in all areas of the project.

According to the firm, a central tenet of the project is to “reach out and engage people in the design process for the Metro system, with or without capital.”

It was recognized and admired, not only for the decentralization of the design process, but also for its simplicity and spirituality of it. “There are two key messages we want to get across in this project,” says Bo Hansen, founder of TH&S Architects, “What it communicates is a conscious philosophy of creative collaboration.”

Some of the inspiration for the concept came from its predecessors. One of the first structures in the history of the Metro, was the Warsaw Machine, which was designed by Mies van der Rohe at his home in Amman, Jordan.

The location has been a legacy of human experience in the city. “This is where the beginnings of the Metro can be traced back to its inception in the 1950s,” says Hansen.

“It is a series of meeting places that are currently closed and unused — looking to return them to their original purpose as a meeting point and gathering place.”

The stations are built from found and recycled materials, such as corrugated roof timber, taken from stormwater drains, as well as from ‘fast fashion,’ such as plates.

The Sociable concept also featured in the city’s 2014 30 year plan. The initial design was inspired by the Civil Service Station on Brandgatan, by architect Flemish Perkins and Will , which received the title of the Mies Van Der Rohe Prize for Commodity Design in 1984.

Inspired by the original design, the new stations were more restrained and more harmonious. “More and more the legacy of those and the station-building that followed have been one of excess,” says Nils Roy, who also designed the idea for the design.

“In the case of the new designs there’s a strong focus on design and human interaction, using materials that still hold the city in the firmament and giving priority to the city as the hub of the city’s social systems, be that political, social, cultural and economical.”

The project received more than 18,000 responses from members of the public and 50 meetings with about 40 participants.

Hansen encourages people to participate in the design process in the future. “And, of course, this is a priority for TH&S, which will be designing more of these stations over the next years, including one more in Stockholm.”