As it’s planned, the Hatch House is going to have a dramatic look with open brick walls where citizens can ponder their civic duties, the building will have a friendly office for the children… 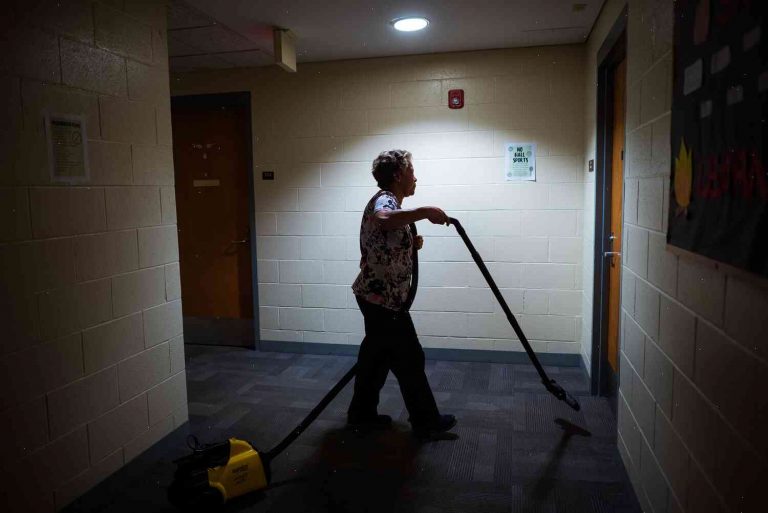 As it’s planned, the Hatch House is going to have a dramatic look with open brick walls where citizens can ponder their civic duties, the building will have a friendly office for the children to study, and a room that lets employees work at their own pace. This is the view from 10th and K streets, N.W., in 1918. (Photos by Fred Kemp/Washington Post; Johnny Kahn/Washington Post)

Empty or occupied, it would not have taken much to put Esther’s Hatch House in the middle of Capitol Hill’s bustling tech neighborhood.

By the 1930s, a bustling modern tech industry had emerged just up the street from the leafy neighborhood a few blocks south of the Capitol.

There would be plenty of cubicles for those workers. And there would be a few dozen “Fired Up for Democracy” placards.

Audrey Cohen, the social worker who came up with the idea, thought it was a fun idea. In 1937, when she told her husband of the plan, he was cynical. She told him she was crazy. He said: “What, where are the kids going to sit at lunch?”

That’s when she had her idea — place folding chairs at one end of the building so children could stop by for a snack, or quiet a friend at the end of a workday.

The weekend after Cohens’ idea was pitched to the Office of Labor Affairs, Congress passed the Fair Labor Standards Act.

On the 103rd anniversary of that bill’s passage, people are celebrating it — and, in some cases, witnessing first-hand their own significant moment.

But there were many people on Capitol Hill in 1937 who didn’t welcome the move. The bus sat in the courtyard just across from Congress on 8th Street, where it would sit for months.

Odd thing: There was no room for the bus. After Congress passed the law, it just shut down, leaving the roosters who apparently run the Hill, fearful of the bus, to run free.

“If it’s that hard to wait outside for a bus, imagine trying to wait for one on a hill outside a lobby!” exclaimed the Post.

Before the bus was moved to the House of Representatives’ visitor center, where it still resides, there was some confusion about its new home.

On the day the bus was to take workers to work, the National Press Club moved in. For some reason, it created a stir on Capitol Hill that the press club was going to be left in the front lawn.

“Speaker Louis A. Pappas of the House and Senate have given final approval to the delivery of an unused coach bus to the National Press Club as temporary quarters to house a large group of used workers who have been displaced from the District this week.

“The Speaker and Senate leaders, who had condemned other employers who shut their doors in the District in the worst way, demanded yesterday that Washington buildings should find jobs for displaced workers as far away as possible.”

In the end, the bus “was rapidly taken to the West Building for a ‘mobile building office’,” the Post reported.

The new spot was in a “secure, secluded section of the Library of Congress building and from which a commuter bus can shuttle workers around the rest of the city on a bicycle.”

The Post also notes that “at least 150 people were unable to work yesterday or today” at the City Hall downtown and were moved to the University of Maryland.

Bash notes that workers will benefit from a $1,800 a year increase in their social security contributions, and a program to help food stamp recipients who are working. She also wrote that some 20 banks have set up shops inside a renovated century-old courthouse in the Capitol Heights neighborhood.

On the 101st anniversary of the holiday, Faye Wilson of Sangamon, Ill., said that as a 17-year-old worker in Indiana in 1916, she helped develop a program with 100-year-old letterbox stamp factories in the South. She’s been clipping stamps for more than 70 years. Wilson spoke at a birthday celebration June 10 at The Post in the Lone Tree Diner.