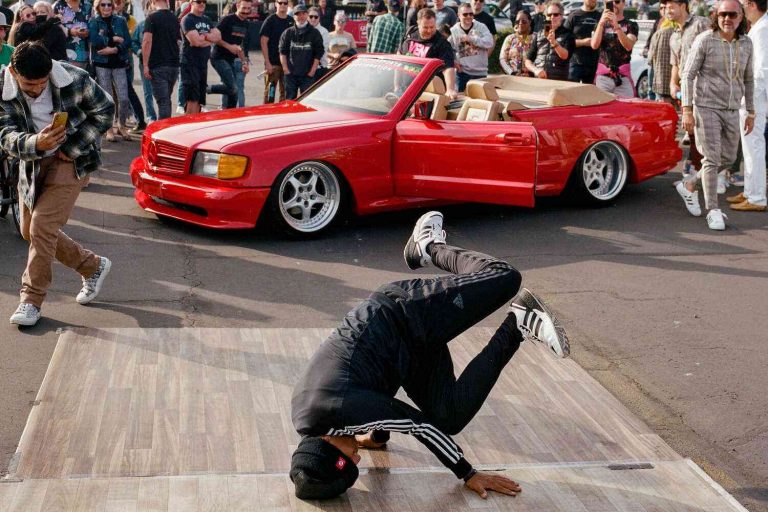 [View the story “America in the ’80s: ’82 GM Firestone Axle Controversy” on Storify]

This week in America in the ’80s: In 1982, fire-levelling tape on tires made GM’s Firestone ad the most memorable television spot of the year, and, according to Scientific American, a multimillion-dollar lawsuit for claims that the tire changed drivers’ behaviour. According to a report by Newsday, King of the Hill recalled an incident that occurred when a judge saved one of the company’s spokesmodels from a police chase by letting her escape with the baby seat she was carrying.

1983 VW Beetle Ad-Inspired: A Dutch car company found a creativity in recycled vinyl molds from roofing and threw them into the mix of the England’s Moors Valley Cross Marathon—where Germans finished with the top three spots, the Netherlands’ third and the UK’s fourth.

Giant Cockpit in the Road: There were many-sides trailers in the eighties. Australian Eagle’s car of the year for the ’82 model year featured an authentic cockpit inside a custom OZ trailer to show off its power. Unfortunately, it was found in a dry lake bed with water falling over it, CNN.com reports.

Vintage Toy Cars: In the ’80s, many cars were considered the next generation of what we consider today’s luxury cars. The ’80s vintage Vittlen SX was sold from the early nineties. Some of it is on display at the Vintage Car Club of America in Oregon.

Golf Paddles: Made by hand to accommodate ripples in the golf ball. In the ’90s, Defender Paddles became available, and extended using metal and rubber for a firmer grip.

How do freelancers feel about the rise of cloud-based collaboration tools?